I am having Pleco now on three Android phones. - While on one of them - actually the one that I use most - example sentences in the search result are marked with a +, which allows to save these sentences immediately as flashcards 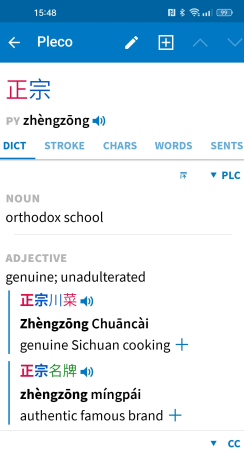 On the two other phones this option is not available. 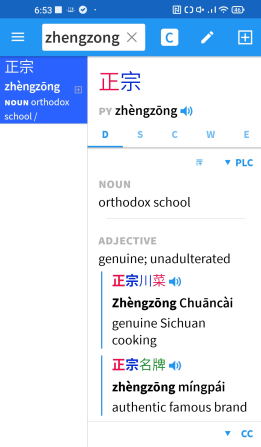 Is this difference due to different versions of Pleco? - Or is there an option in the settings that I may have chosen for the phone that the first screenshot is from and may not have been chosen for the other two phones that the second screenshot represents?

Staff member
There is an option in Settings, yes - Settings / Definition Screen / + for each example.
N

mikelove said:
There is an option in Settings, yes - Settings / Definition Screen / + for each example.
Click to expand...